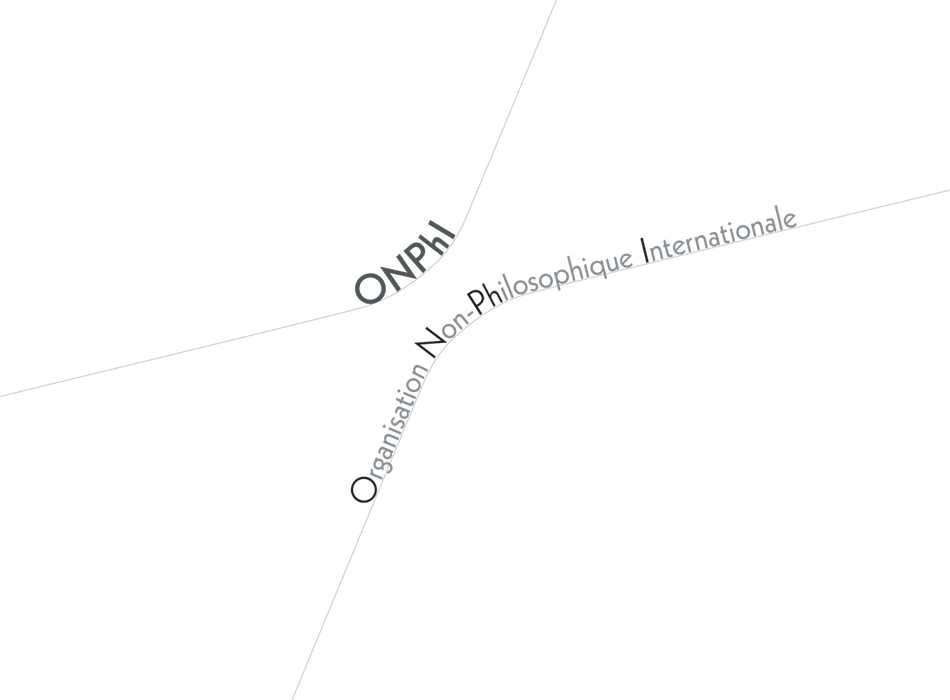 What to do today?

Between eternal thinkers and counter philosophers, between death foretold and over-communication, between permanent coup d'état and democratic chatter, we know the song. There's no point in joining the chorus once you've understood that we philosophers are cyclothymics. Beyond our personal taste for philosophical opera or variety, there is no choice between the defence of old figures and the satisfied vanity of opinions, with academic repetition in between, which only has the function of ensuring economic survival. The refoundation of philosophy reminds us of the refoundation of capitalism, its defence suggests that it is threatened, its academic embalming suggests that it was alive.

Move, philosophy! Like the Gnostics, and before being crushed by the cynicism of the State, the lies of the Church, the necessity of Survival, it is perhaps still time to invent our most rigorous mythology! Why is philosophy so wise in the end, it which borders on madness and invents such beautiful and ambitious systems, if not because it has prudently stopped half way? It invents in its own codes, and there are always new "great" thinkers. But it seems to be fascinated by its own movement, stupefied by its greatness, immersed in the contemplation of its monuments, because it is reflected in its ideal of the self, what it calls the Absolute. It has all the characteristics of the premature and unfinished individual who has to go through several stages of birth, constantly rejects its placenta without reaching its own self, and then decides to assert itself once and for all. But it does not have the controlled certainty of science or the bovine certainty of opinions. Science without being science, poetry without being poem, politics without real power, it is its permanent hesitation that leads it to the power stroke of the Impossible.

One of the aims of non-philosophy in the face of this dead-end situation is to try to formalise from the philosophical model the rules of an ultra-philosophical invention. What we call after others a generic gesture, thinking it as "radical" but not as absolute, is a type of inventive "forcing" opposed to the permanent power grab of philosophy. Why would it be necessary to philosophise in the received and verified codes? We do not want to add one philosophy to another, nor do we want to simply withdraw and retreat, but to produce "some" quasi-philosophy, even if it is in pieces, parts or fragments, or as a new spectrality rather than as a whiff of the old spectacle. Philosophy's spectrum of influence is still very narrow, perhaps it is possible to extend its spectrality, to vary its nuances. What is a fiction in the vicinity of philosophy, a philo-fiction? One of the ambitions of non-philosophy would be to create a new theoretical genre, philo-fiction, with its related political, ethical and artistic effects. Another combination of science and fiction, less literary perhaps, more conceptual, less naively technological and more theoretical, coming to "accomplish" the old Law of philosophy rather than negate it...

Still, it would be necessary to possess the key to spectral invention and to look towards science. The difficulty of the non-philosophical imperative is obvious, how to overcome the Platonic aporias of philosophical knowledge? Why not go as far as a certain term already practiced elsewhere, as far as philosophers "without" works, that is to say works of a certain non-action. Can we imagine non-philosophers who would put their energy into inventing their impotence to invent? Why, after all, should we not make our impotence a work or a doctrine? By definition, it is not up to us to formulate a generic imperative, or even recipes, but neither do we want to make rebellious wills despair; that would be an ideal of politics. We must look for models in other practices, sciences, literature, science fiction, there are a minimum of processes or means to get started, flaws or interstices of philosophy in the past, current excesses, playful aspects, bricolages, parallel philosophies today. The ideal is obviously to introduce a certain rigour of rules, and to provide an example of reflection on the conditions of invention. But perhaps the term non-philosophy poses too many problems, produces too many scares or smiles, so "non-standard philosophy" would be just as meaningful and more open, but always on the basis of a closure or a decidedly inevitable "no".