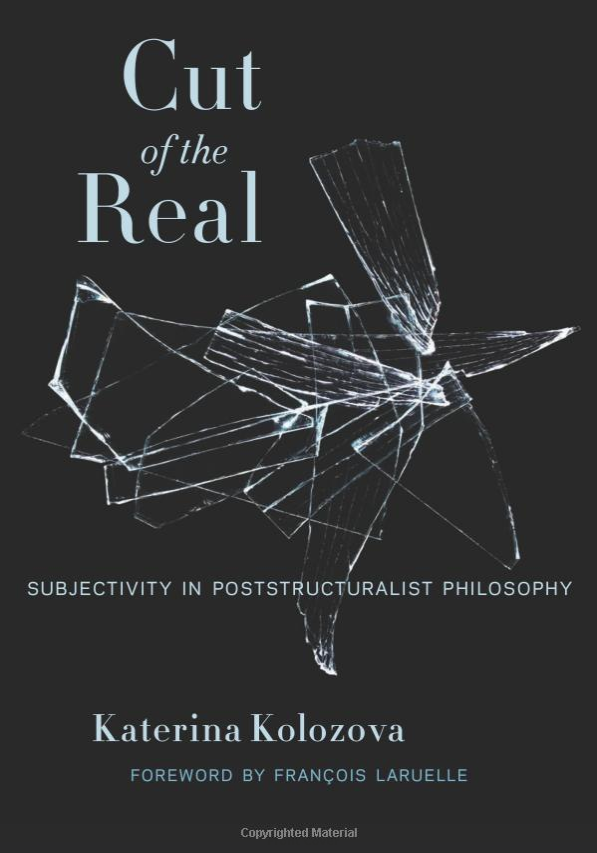 Cut of the Real: Subjectivity in Poststructuralist Philosophy (Insurrections: Critical Studies in Religion, Politics, and Culture) Following François Laruelle's nonstandard philosophy and the work of Judith Butler, Drucilla Cornell, Luce Irigaray, and Rosi Braidotti, Katerina Kolozova reclaims the relevance of categories traditionally rendered "unthinkable" by postmodern feminist philosophies, such as "the real," "the one," "the limit," and "finality," thus critically repositioning poststructuralist feminist philosophy and gender/queer studies. Poststructuralist (feminist) theory sees the subject as a purely linguistic category, as always already multiple, as always already nonfixed and fluctuating, as limitless discursivity, and as constitutively detached from the instance of the real. This reconceptualization is based on the exclusion of and dichotomous opposition to notions of the real, the one (unity and continuity), and the stable. The non-philosophical reading of postructuralist philosophy engenders new forms of universalisms for global debate and action, expressed in a language the world can understand. It also liberates theory from ideological paralysis, recasting the real as an immediately experienced human condition determined by gender, race, and social and economic circumstance.